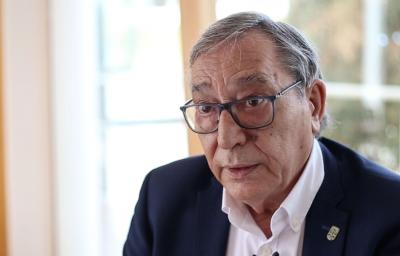 The "Research Medals of the Royal Galician Academy of Sciences", which are in their third edition, recognize the outstanding careers in Galician science and technology of active scientists. The award winners, in five different sections, have a consolidated activity and are mostly developed in Galicia.

This year, the Domingo García-Sabell Rivas medal, which awards the 'Economic and Social Sciences' section, went to Carlos Hervés (Marín 1953), professor at the University of Vigo since 1989. Teacher and researcher, the award winner is also director of the Interuniversity Research Center ECOBAS (Economics and Business Administration for Society) and coordinator of the research group RGEAF (Research Group in Economic Analysis, Accounting and Finance).
"If there is any merit he could really have, it would be that of a long career as a teacher and as a researcher. I was lucky to enjoy my work as a teacher, because I never stopped learning. I feel especially proud of my disciples, of those who began their research career with a doctoral thesis that they directed at the time, who soon became my co-authors and who, today, have a successful academic career".
The medals will be awarded on Thursday, October 8, at theColexio de Fonseca in Santiago, coinciding with Science Day in Galicia.
﻿ SUSCRIBE TO ECOBAS